Kaleidoscope is a collaboration between Ashnah and Nirzari, and over the years we've also been joined by Zoku族, Marek from Marakesh, Sharon from Omkara with guitarist / drummer Stephen from SlapKa Doum Tek, Kay's students Iridescence (Swindon) and Jenny from Suffolk.  Because of the nature of FCBD®Style of dance, we don't need to practice together to be able to perform together, because we all know the improvised format and can read the cues given by the lead dancer which tells us all which is next being performed.  We speak the same language.  This is perfect for us as we all live in different parts of the UK.

Ashnah and Nirzari met in 2012 in Glastonbury and soon became firm friends. Not long after, we joined forces together to perform at a folk festival, and each time we now meet, we not only dance together, but we have so much fun and spend most of our time laughing!!

People became confused how to announce both troupes, so we decided on a single name for when we perform together, and Kaleidoscope was born - a rainbow of colourful swirling skirts!! 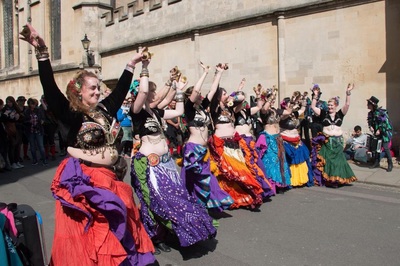 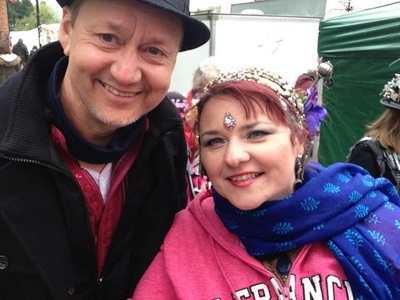 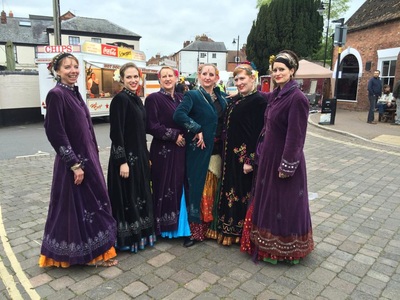 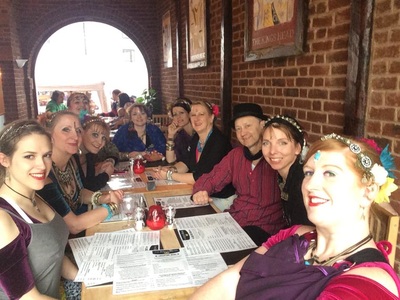 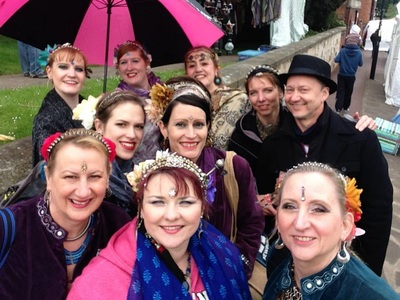 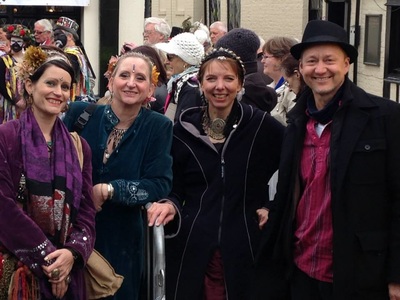 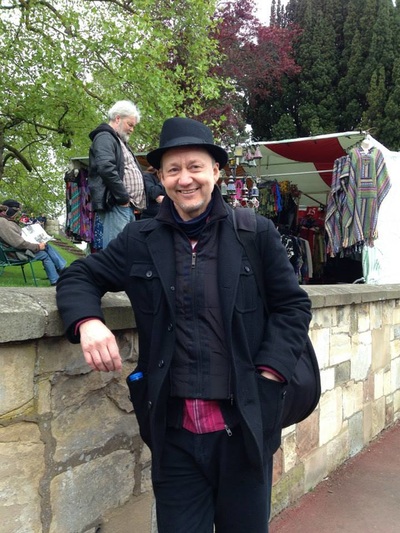 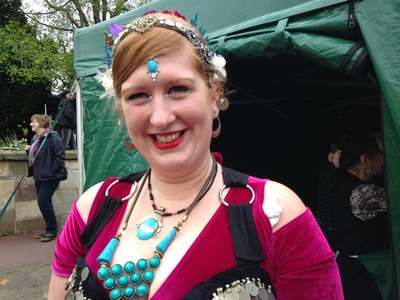 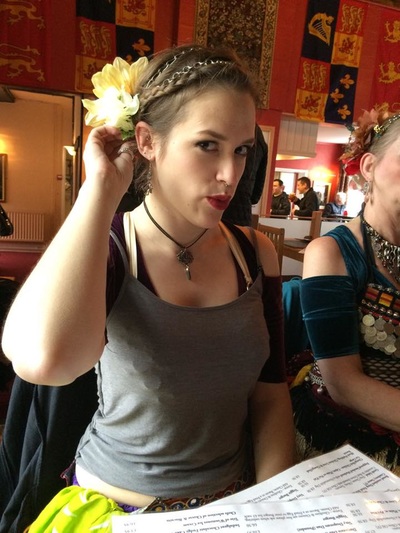 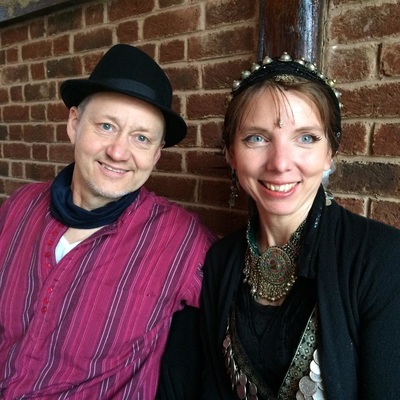 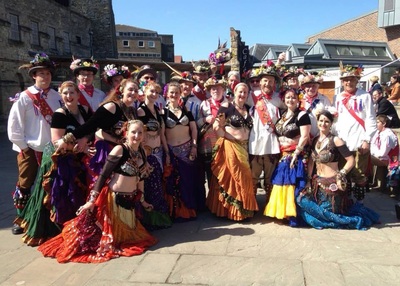 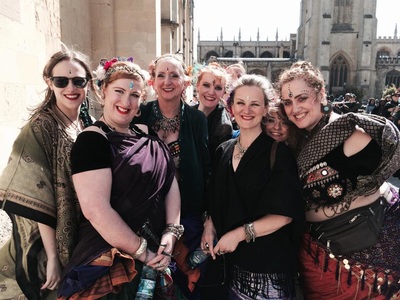 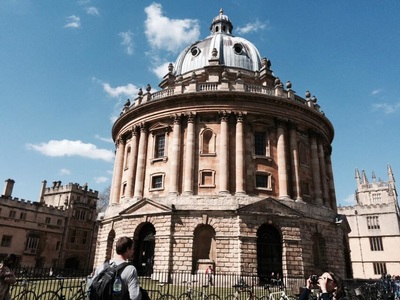 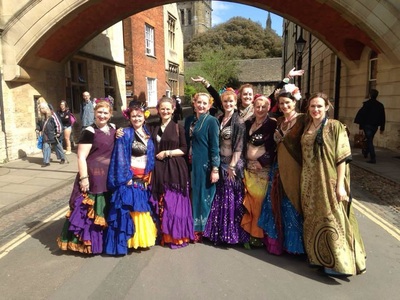 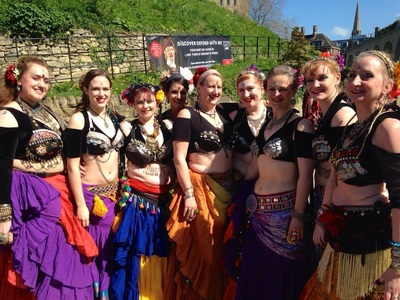 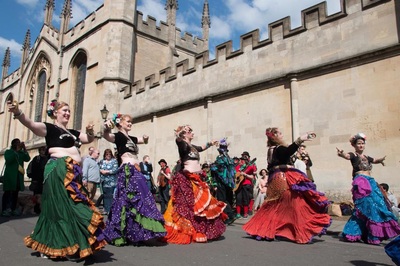 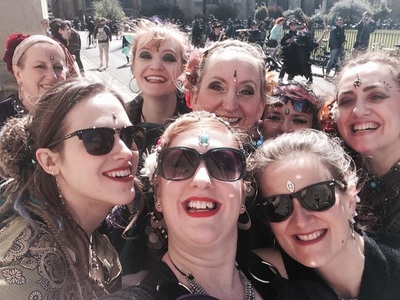 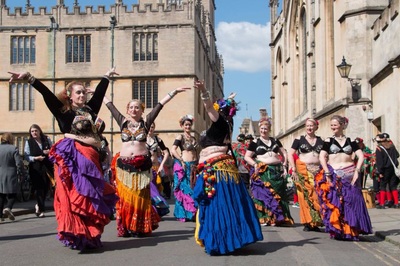 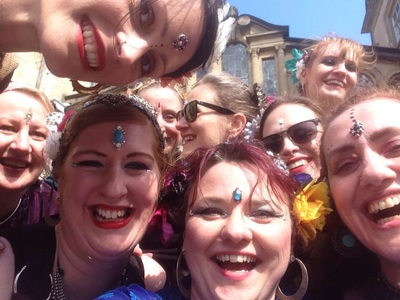 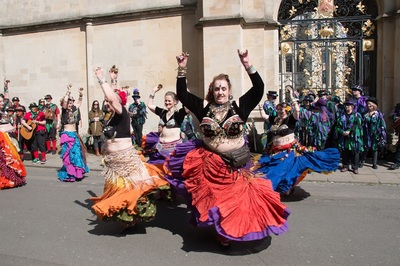 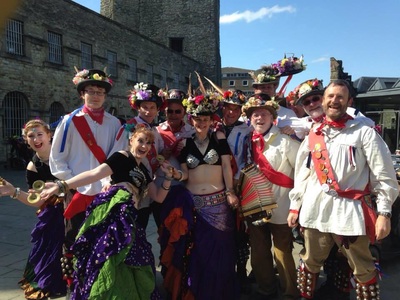